The Prima Materia Transumation describes the underlying components of the Alchemic Website Generator. There are three parts, the Athenaeum, the Magnus Opus and the Stones. They are all procedural stages of the transmutation process. 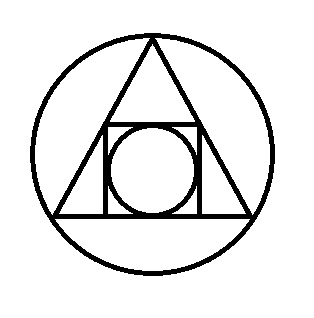 The Athenaeum is the collection of the Alchemist's recipes; They are the source files for the AWG, used in Magnus Opus to create the Philosopher's Stones.


The above shows an excerpt of the markup syntax used in the Athenaeum's recipes.
The delimiter ">" is used to declare what is content and what identifier. The identifier is within html & css template files, which is replaced with the content during Magnus Opus.

Markup syntax formats like json could be used as well, though I did not want to use any of the json interpreters that would be used then.

The AWG is intended to be self-contained, isolated, replaceable and doesn't need any dependencies. Therefore, it can be deployed anywhere in no time and the only configuration needed for usage is adapting and customising the design and structure of the template files.

Magnus Opus is the process of creating Philosopher's Stones from Prima Materia following the Transmutation recipe declared in the Athenaeum's collection.
Following Hermetic tradition, it is what actually trans-mutates the Prima Materia into products, the Philosopher's Stones. The Magnus Opus thus is the actual working software processing inputs and mutating them into the desired output.

Technically speaking, the Magnus Opus' origin stems from the dimensional realm of pure bash. Therefore, all its minions and Hellenistic processes are omni-deployable. Bash can infiltrate all realms and thus run its Magnus Opus on every alchemical machine.

When alchemy is successful, achievements like Gnosis or the Stones of the Philosopher are returned. Gnosis comes in the form of a linguistic response from the Magnus Opus towards the betterment of illumination of consciousness;
It is an error message, if the program fails; The response shall be indicative enough for resolvent, yet obscenely often input error - usage of mistaken Prima Materia.

The Stones are automatically collected in an aggregation location within the territory of the AWG. There is a sub-territory for each Stone, which is equipped with a royal inksman, logging all internal alchemical processes that occurred in the Magnus Opus.
The Stones give divine insight into the creation of themselves as well as enable the bearer of great understanding of alchemy.